Creativity in Requirements Engineering: Why and How?

Why creativity in RE? Software industry has become extremely competitive. These days, we usually choose from multiple software systems that strive to serve the users in the same application domain. Therefore, in order to sustain and grow in the market, a software system needs to distinguish itself from other similar products and consistently enchant customers with novel and useful features. As a result, the traditional view on the origin of requirements does not hold anymore. Modern requirements engineers need to create innovative requirements in order to equip the software with competitive advantage. It is no more an exaggeration to say that requirements engineers need to be trained with the concept of creativity in RE.

What is creativity in RE? Before looking into creativity from an RE perspective, we need to know what creativity is. Robert Sternberg has given a definition of creativity that is widely accepted by the scientific community. According to him, “creativity is the ability to produce work that is both novel (i.e., original and unexpected) and appropriate (i.e., useful and adaptive to the task constraints)” [2]. According to Neil Maiden and his colleagues [5], creativity in RE is the capture of requirements that are new to the project stakeholders but may not be historically new to humankind. For example, internet browsing using smartphone has become a very basic requirement for the smartphone domain. Even though the commercial Internet Service Providers emerged in the late 1980s, internet service on cell phones was not available until late 1990s. In 1999, when NTT DoCoMo in Japan introduced the first full internet service on mobile phones [6], it was a creative requirement to the stakeholders. 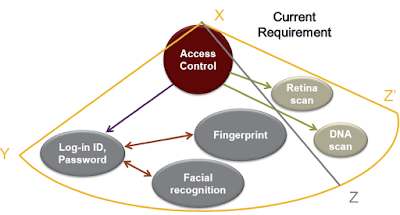 Figure 1 explains the three different ways of achieving creativity in RE with a simple example [8]. Assume a creativity scenario for a hypothetical software system that “should provide access control” for a classified laboratory facility. As an initial constraint, we have specific limitation on available hardware systems. Let XYZ in Figure 1 be a search space with three possibilities “log-in ID and password”, “fingerprint”, and “facial recognition”. Provided that these possibilities satisfy the initial constraint, using any of these as a means of access control is an instance of exploratory creativity. If we combine two apparently different means of providing access control, such as log-in ID and password along with fingerprint, or log-in ID and password combined with facial recognition, we have an example of combinational creativity. Now, let us relax our initial constraint on hardware limitation and expand the search space towards biometric direction. Thereby we get a new search space XYZ’ that includes “retina scan” and “DNA scan” as further possibilities. Using any of these options is an example of transformational creativity.

A framework to provide automated support for creativity in RE. In a recent work, we have developed a novel framework that utilizes stakeholders’ social interaction about an existing system and provides an automated support for combinational creativity. Figure 2 presents an overview of our framework [8]. In RE, combinational creativity can be achieved by making unfamiliar connections between familiar possibilities where the familiarity and unfamiliarity aspects are determined from the stakeholders’ perspective. 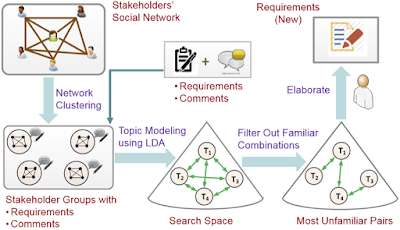 Fig. 2. A framework for combinational creativity in RE [8].

Our framework starts with creating stakeholders’ social network based on their interaction about the software system. Then the network is clustered to find stakeholders’ groups, as discussion within a group generally revolves around ideas familiar to the group members. For each group, we apply topic modeling to interaction related documents, such as requirements and comments contributed by the group members. Thereby, we find familiar ideas discussed in a group in terms of dominant topics represented in terms of multiple topic words [8]. Such familiar ideas from all the stakeholder groups constitute a search space of familiar possibilities. In order to make an unfamiliar connection between these possibilities and to keep the number of options in the search space manageable, we develop a heuristic with two major phases.

In the first phase, following Fillmore’s case theory [9] (it suggests that a requirement can be described in terms of a verb and a noun/object that the verb acts upon), we keep only the verbs and nouns in a dominant topic. In order to achieve unfamiliarity, we flip the part-of-speech of these words and transform the familiar verbs and a nouns into unfamiliar nouns and verbs respectively. In the second phase, we make verb-noun combinations by taking unfamiliar verbs from one group and nouns from another, and filter out verb-noun combinations showing higher textual similarity with existing requirements. To that end, we obtain the most unfamiliar idea combinations in terms of verb-noun pairs. Finally, a requirements engineer elaborates requirements by filling out some templates with the verb-noun pairs (as shown in Figure 3).

Fig. 3. An example of requirements elaboration [8].

We have applied our framework on Firefox and Mylyn, two large-scale open source software systems, and created eight new requirements for Firefox and five for Mylyn. An associated human subject study further confirmed the creative merits of these requirements [8]. Although our current framework’s application is limited to existing systems, it is an initial step towards automated support for combinational creativity in RE.

Epilogue. In our current world that can be defined by its high reliance on computing devices and software systems, competition within the software industry is ever increasing. This competition is going to be even fiercer over time. As software engineering practitioners and academicians, our priority should be to educate and train ourselves with the techniques of creativity in RE.

Further interested in this topic? Please feel free to read our recent work presented in [8] and share your thoughts.